The Garden in December

It seems that El Nino is already at play in our weather here in the Midwest. It's been so mild that I don't know whether to call it an extremely early spring or a really late fall, but it certainly isn't winter yet. We've had a few heavy frosts, but no snow. Mostly, it's been warm for December. 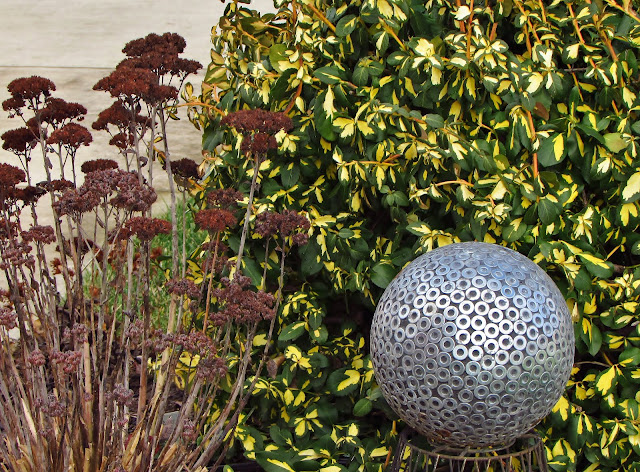 The grass is still green, the leaves are still on the butterfly bush, and bulb foliage is popping up here and there. Many of my hardier plants are still green, especially the ground covers. And there are a few flowers in bloom! The pansies here are a little wilted from a frost, but haven't really stopped blooming since I planted them way back in early October. 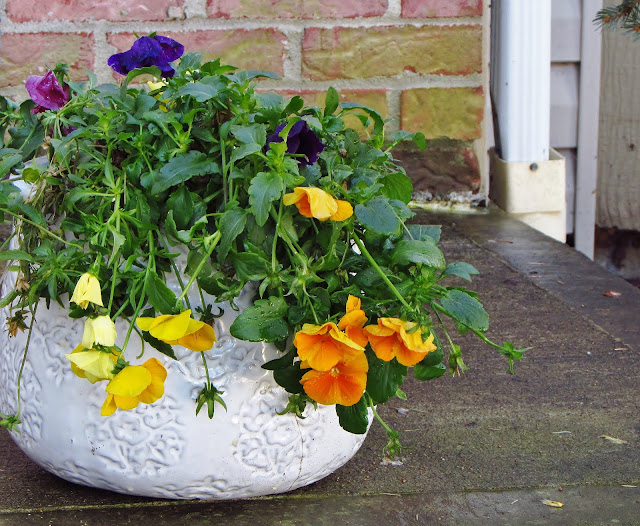 It's not uncommon for lamium to put out blooms during a warm spell, even in winter. But I always enjoy when it happens. The leaves stay fresh for most of the winter, fading only a bit when it's bitter cold. It spreads quickly, but I don't consider it invasive, because it's easily uprooted. It's easy to share when it starts to be a little overly enthusiastic. 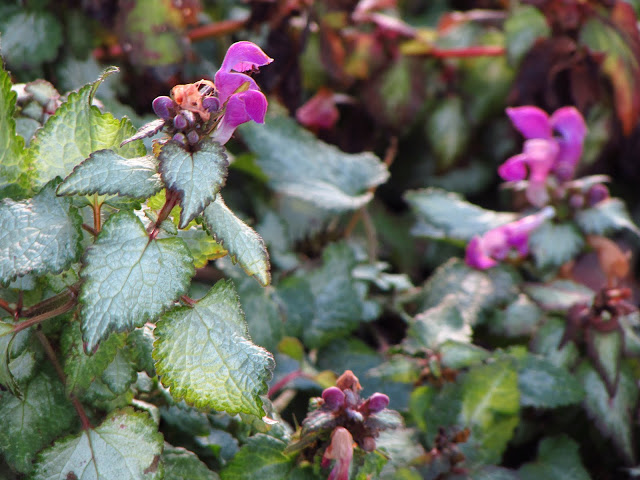 These Tall Ribbon Mix snapdragons are a personal favorite of mine for many reasons. Mostly, I love them because they refuse to stop blooming. At least a few of these flowers have been in bloom non-stop since May! There aren't many left now, but still, they are definitely worth growing. They also drop seeds around freely, and you may not even have to plant them again next year. 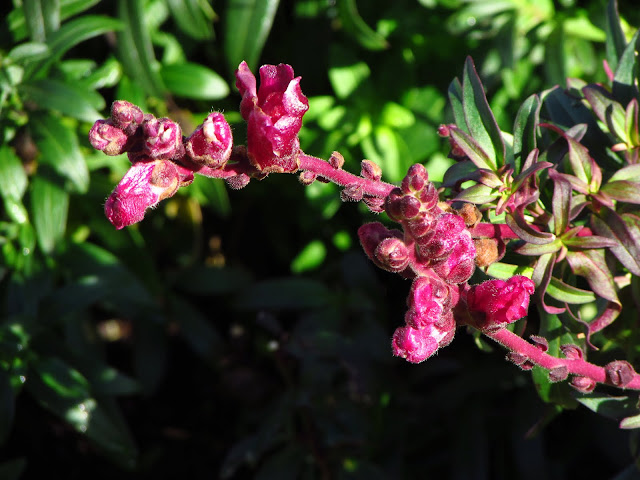 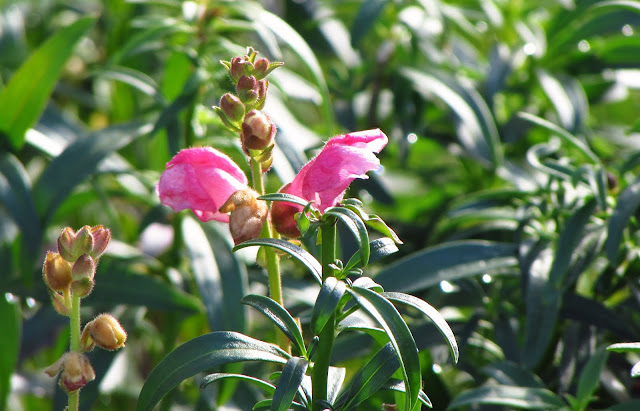 This is the bloom that really surprised me, Candytuft. It's an early spring bloomer, so seeing a few flowers today was unexpected. The lamium, pansies, and snapdragons have never really stopped blooming from summer, but the Candytuft just started. I had no idea that these were so good for reseeding, because I have plants coming up all over the place. I'm sure I'll be giving them out to fellow gardeners come spring. 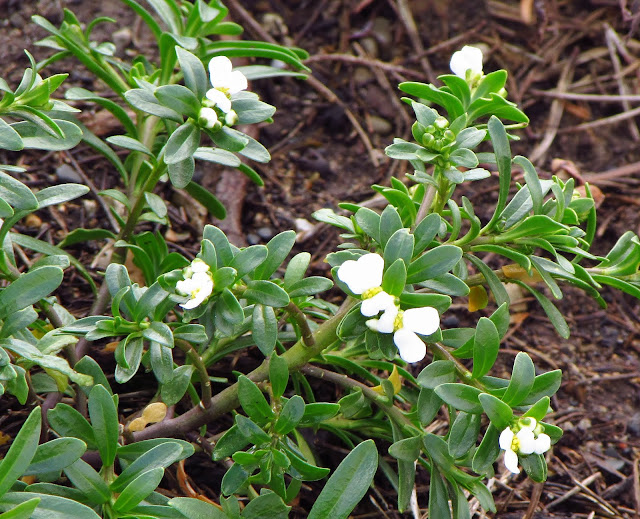 The rest of my December garden sights are the usual kinds you'd see this time of year, especially the ornamental grasses. Morning Light miscanthus makes for good winter interest... 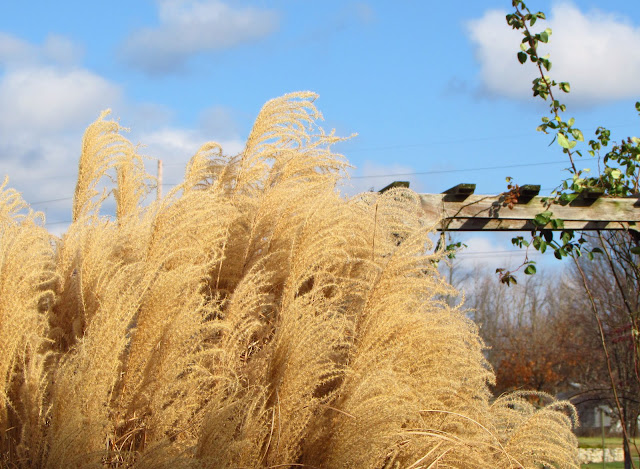 as does Hamln pennisetum seen below. My favorite summer grass, Karly Rose is not a winter interest type grass, unfortunately. The seed heads shatter in autumn, leaving a mass of tangled stems behind. I still leave them up in winter, but only because its directions tell me to. 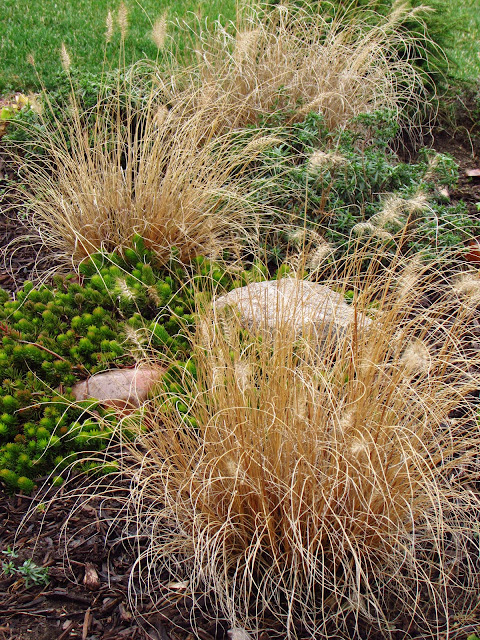 By far my favorite winter garden plant is Angelina Sedum. It's beginning to put on its winter color already. It seems to look best in February and March, when the snow melts and the rest of the world is drab. 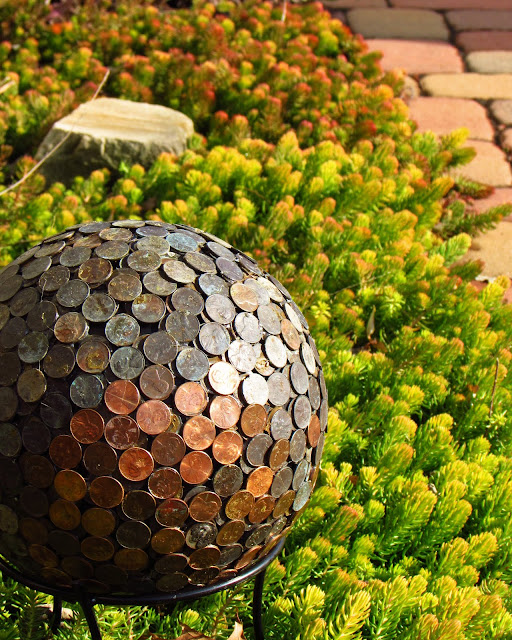 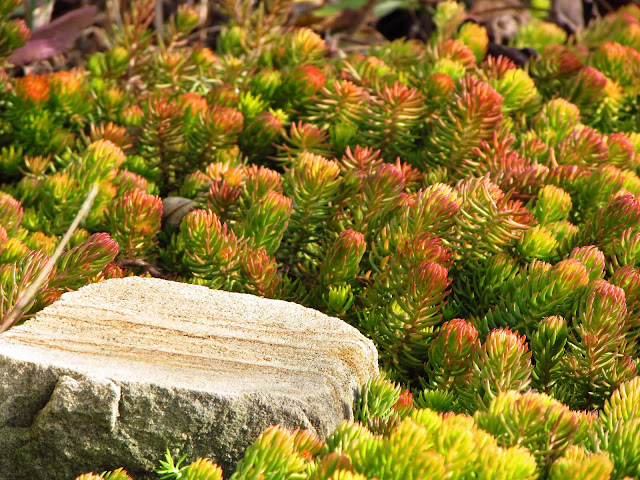 I never thought I'd have a full garden post to share in December, but this year is definitely strange so far. I'm sure it will eventually get cold, and we'll surely see some snow. But in the mean time, I sure love this unusual weather. I've never been a fan of a white Christmas anyway. 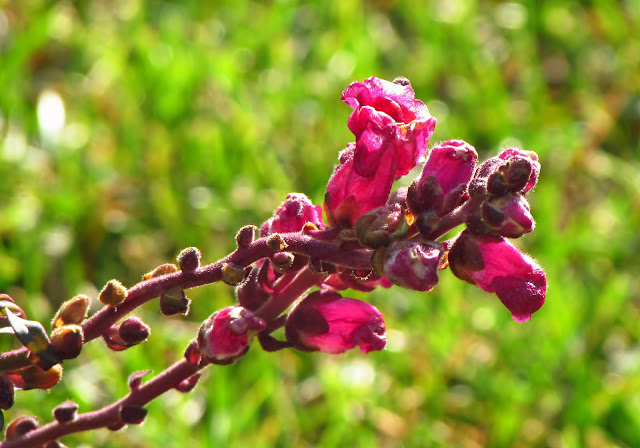